By the Campaign for Youth Justice 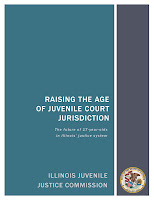 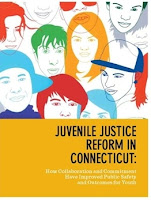 This week the Justice Policy Institute released a report entitled, “Juvenile Justice Reform in Connecticut: How Collaboration and Commitment Improved Outcomes for Youth,” and the Illinois Juvenile Justice Commission released its report entitled, “Raising the Age of Juvenile Court Jurisdiction: The future of 17-year-olds in Illinois’ justice system.” Conclusions from both reports support the notion that raising the age is consistent with legal trends, is consistent with adolescent development and behavior; is an efficient use of juvenile court resources; improves public safety; and decreases long-term costs.

The positive effects of these reforms have far exceeded expectations thereby debunking the myth that placing more 16 and 17 year olds in the juvenile justice system will “crash it” and sacrifice public safety. The impact of reforms in Connecticut and Illinois prove that thoughtful analysis and long term planning can create positive legislative reforms in systems deemed too dysfunctional for repair.

Highlights from each report are as follows:


Connecticut and Illinois are just two examples of state reforms that are happening throughout the nation.  States all over the country are considering reforms, including Massachusetts, North Carolina, and Maryland.

With a new Administrator for the federal Office of Juvenile Justice & Delinquency Prevention (OJJDP) about to take the helm, there is a major opportunity to accelerate the pace of reforms throughout the country with federal support.

Find links to the reports below:


Juvenile Justice Reform in Connecticut: How Collaboration and Commitment Have Improved Public Safety and Outcomes for Youth


Raising the Age of Juvenile Court Jurisdiction
This blog was reprinted from the Campaign for Youth Justice Blog.
Posted by Justice Policy Institute at 12:54 PM