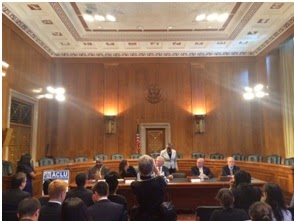 Although both bills target federal voting rights, Sen. Paul’s bill is limited to restoring voting rights for people with convictions for nonviolent offenses. Sen. Cardin’s bill, the Democracy Restoration Act (DRA), is more expansive and does not make the distinction between violent and nonviolent offenses.
Read more »
Posted by Justice Policy Institute at 11:02 AM 0 comments

Two Parties Are Better Than One: The REDEEM Act 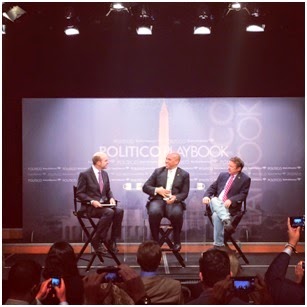 Although the cooperation was rare (Booker noted he could "write a dissertation of their disagreements"), the two were able to come to an understanding with the REDEEM Act, which calls for a comprehensive reform measure that would challenge the "cycle of poverty and incarceration," stated Paul. The REDEEM Act is focused on providing pathways to employment for people charged with non-violent offenses upon return to their community after incarceration. According to Booker’s office, there are five main provisions of the REDEEM Act:

Read more »
Posted by Justice Policy Institute at 9:18 AM 0 comments

I recently attended a Greater Baltimore Grassroots Criminal Justice Network meeting in Baltimore. At the meeting, I was fascinated to hear one of the attendees, affectionately known as Ms. Betty, speak of the 50th Anniversary of the Mississippi Freedom Summer and her experiences -- a 50 years apart – working towards the same cause: the right to vote.

This denial of the most basic and central right of citizenship is pervasive at every level of the criminal justice system. Even if one believes that people currently incarcerated in prison should not be able to vote, the problem lies in the fact that this right is often denied for those held pretrial in jails and after they have been released from incarceration.

Read more »
Posted by Justice Policy Institute at 11:48 AM 0 comments

Youth Advocate Programs (YAP) released a new report, “Safely Home,” which adds momentum to a growing movement to drastically reform the juvenile justice system. YAP’s report makes a strong argument for reducing incarceration and investing the savings in doing so in community based programs that serve youth. 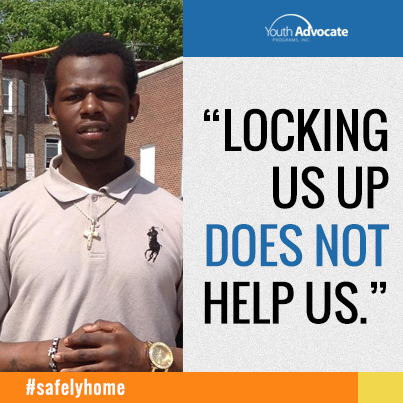 “Supporting youth and families in their homes and communities should be the default for justice-involved youth, and incarceration the last alternative,” the report states. YAP is a national youth serving agency that provides community supports to high risk youth.

Numerous studies have found that involvement in the juvenile justice system, even while controlling for other factors, causes youth to have worse outcomes. One study found that for youth who commit non-violent crimes, which are the majority of youth in the system, “doing nothing” creates better outcomes than placing them in the juvenile justice system (Gatti, Tremblay and Vitar, 2009).

And while many youth enter the juvenile justice system having experienced tremendous trauma, which is often what led to their delinquent act, the system frequently further traumatizes youth with horrible treatment inside of prison-like facilities.

Read more »
Posted by Justice Policy Institute at 9:20 AM 0 comments

Diplomas Not Detention: The Better Options for Kids Act


Across the nation, young students who commit minor misdeeds (truancy, running away, alcohol possession and others) are suspended, expelled, and put in prison at an alarming rate.
On June 25th we attended a briefing that marked Sen. Chris Murphy’s (D-CT) introduction of the Better Options for Kids Act of 2014. The bill seeks to rupture the school to prison pipeline by supporting states with policies that “improve educational continuity and limit juvenile court involvement and incarceration for youth.”

The Better Options for Kids Act will encourage “five state policies that help drive down juvenile incarceration and crime, saving millions of dollars,” which include:
The legislation echoes the recommendations included in JPI’s 2011 report, “Education Under Arrest,” which calls on jurisdictions to use strategies like those listed in the Better Options for Kids Act, including investing in education, prevention and intervention strategies that work to keep schools safe. The legislation also reflects the findings of the JPI report, Juvenile Justice Reform in Connecticut, which showed that there are better ways to improve community safely than needlessly refer youth from schools to the justice system.

Judge Steve Teske, Chief Judge of the Juvenile Court of Clayton County, Georgia, spoke about his experiences advancing nationally recognized practices in balanced and restorative justice in a jurisdiction that serves almost 80,000 kids. He said that addressing the issue of the mass incarceration of students is “not just a legal obligation, [it] is a moral obligation. These are our children.”

Jim St. Germain also spoke. The 24 year old Brooklyn-native began dealing drugs at age 11 and was arrested at 14 on a felony drug charge. He agreed with Judge Teske: “[this is] not just a juvenile problem, this is America’s problem.”

If he had been two years older, St. Germain would probably have served time into his twenties in an adult prison. Instead, he spent three years in a group home with five other boys, emerged with newfound purpose, and got a Bachelors Degree. He is now preparing to enter NYU’s Robert F. Wagner Graduate School of Public Service. He also tirelessly advocates for juvenile justice reform and is a current member of the Vera Institute of Justice Juvenile Justice Board and NYC Police Commissioner Bill Bratton’s Reengineering team. He counts himself lucky, acknowledging that “it’s a blessing that I got caught at an early stage. I wouldn’t have stopped unless my whole neighborhood changed overnight.”

Land of the Free

Independence Day is the celebration of the birth of a nation liberated from the oppressive rule of Britain, free of the shackles of its past and empowered to thrive moving forward. But are we still this nation? Can we truly celebrate freedom when our justice system has never been so unjust?

It is hard to celebrate America’s liberty knowing how truly un-free so many Americans are. A recent study showed that 65 million Americans have a criminal record. If you don’t have a calculator handy, 65 million is equivalent to one in four adults in the United States. Furthermore, another study found that about one third of adults in America have been arrested for adult or juvenile offenses, not including minor traffic offenses. Despite so many Americans having previous convictions on their record, a criminal history is seen as extremely problematic, not as normal. There is a severe social stigma attached to a condition 65 million adults share. Additionally, the past can never be left behind. These people are not free to move forward with their lives. Background checks and collateral consequences become the new chains that constrain their liberty.

The collateral consequences of conviction prevent so many people from moving on and creating new lives for themselves. These collateral consequences include additional civil and state penalties which continue to punish people long after they have paid their debt to society. JPI reports in Billion Dollar Divide that in 2010, 451,471 people in Virginia alone were disenfranchised. These penalties, mandated by statute, extend beyond voting rights and affect all areas of individuals’ lives:

For the last two years, I have been studying and working on criminal justice reform. I’ve worked inside and outside prisons, advocating for reform in California. Now, I intern with the Justice Policy Institute in Washington, D.C. which has enabled me to immerse myself into the political and legislative parts of the justice system.

So after attending the seven-hour long teach-in session on the Prison Rape Elimination Act (PREA), Brenda V. Smith, a professor of law and director of the Project on Addressing Prison Rape asked the attendees two big questions – what have we learned and what are we going to do?

I had learned so much, facts and statistics ran through my head, while the names of individuals and stories weighed heavily. So when Professor Smith asked those questions, I knew what I was going to say. I walked up to the microphone, thanked all the speakers, and told everyone that they inspired me to fight for criminal justice reform. Before I could continue, Talila Lewis, founder of Helping Educate to Advance the Rights of the Deaf (HEARD), yelled from the crowd, “You already ARE fighting!” Taken aback, I heard “woohs!” and claps from the audience, and I smiled.

However, I wasn’t smiling during the event. This inspiring, but hard-to-swallow teach-in centered on the Prison Rape Elimination Act (PREA). PREA passed unanimously in both houses of Congress and was signed into law by President Bush in 2003. It is a comprehensive initiative that establishes a zero tolerance policy for sexual assault in custody and requires the U.S. Department of Justice to enforce standards that detect, prevent, reduce and punish sexual assault in custody. The Justice Policy Institute, in collaboration with the conservative Hudson Institute, helped to make the legislation a reality. Despite JPI’s creation of a broad coalition in support of the law and its necessity, PREA’s potential was never fully realized.