Youth Defy the Stigma of Incarceration

Four men were on the panel. Three of them were young, in either their late teens or freshly 20s, with faces that gave little hint of the stony roads they’ve traveled. The fourth man was the moderator; he, too, was young, but new-age young, you know, mid to upper 30s. Educated, credentialed, possessing a polished tongue and natural wit with the audience. All these men were African American, and playing out before me was the “nearly 1 in 3 Black men will spend time in prison in their lifetime” statistic referenced in Michelle Alexander’s book The New Jim Crow. I cringed at the realization, but more so at knowing it doesn’t have to -- and shouldn’t be this way.

“I didn’t know difference between my needs and my wants …” Michael Kemp, one of the youth presenters, said this of his mind set prior to the arrest that led to him being placed in an adult facility in the Midwest, further estranging him from his family and community. Of that experience he said, “…Coming out of prison leaves you feeling like you need to protect yourself. It puts you in a survival mode instead of getting yourself together.” The expressions of the other young men grew more solemn and they gave nods to Michael as he spoke. I think this is a truth that they all shared.

The panel took place during the First Annual Justice for Youth Summit, a conference organized by the Campaign for Youth Justice. The panel, “Straight from Us,” was aimed to give the three young men a platform to speak about their experience in the District of Columbia's juvenile justice system.  Since that experience, each of speakers have been able to turn their lives around through finding employment, and becoming peer-mentors and youth leaders in Free Minds Book Club and the FREE project, which offers tools to help justice-involved youth begin to understand and grow from their experience even before they leave prison. Michael and the two other youth presenters have made it their goal to inspire others to stay focused and commit to achieving their dreams in spite of the post-incarceration stigmas they bear in our society.

Rhetoric or Results?: Juvenile Justice Reform in the Last 10 Years

It wouldn’t be fair to attempt a discussion on this topic without giving recognition to the multitude of reforms that the juvenile justice system has attempted to implement over the past 10 years to rectify the virtual attack on our nation’s youth. Certain states and localities have made major differences while others continue on the path of converting misguided children into institutionalized “delinquents” and eventually, but not too soon thereafter, institutionalized adults.

Read more »
Posted by Justice Policy Institute at 10:35 AM 0 comments

Dismantling the Cradle to Prison Pipeline

The Children's Defense Fund released the State of America's Children 2012 Handbook [in August], an annual compilation of national data on child well-being, as well as its Portrait of Inequality which focuses on the state of the most vulnerable black and Latino children and youth in America. While the snapshots are sobering for both populations, the report on black children outlines a stunning set of statistics that paint the contours of CDF's theory: that black children are fed into a "Cradle to Prison Pipeline" at higher rates than any other group.

There is quite a bit of work that has been done on the school-to-prison pipeline - a confluence of forces, including zero tolerance policies that push disadvantaged children out of school and in into the criminal justice system. CDF's Cradle to Prison theory argues that black children and youth not only face multiple risks, but that from birth and throughout childhood and adolescence, confront debilitating obstacles that often push them into premature death, prison, and failed lives. Some black children face an entire childhood of hardship and stressors that many adults could not withstand, and ultimately fall into an "abyss of poverty, hunger, homelessness and despair."

Hmm, you might think, could they be overstating this? You may even consider black children that you know who have overcome tremendous odds and achieved success - proving that some can climb their way out of the morass of disadvantage that so easily entangles. However, CDF's report is not a collection of assertions, but rather a fact-based siren warning that an unacceptably high percentage of black children will meet this fate if adults (you and me) don't figure out how to fix things.

Read more »
Posted by Justice Policy Institute at 9:41 AM 1 comments

Baltimore: How a Broken Bail System Leads to High Incarceration Rates and Costs


This blog post was originally posted to the Brennan Center for Justice blog on September 26 during JPI Bail Month. 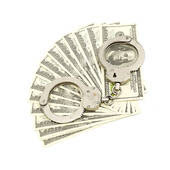 Today, the Justice Policy Institute (JPI) released the third in its series of reports highlighting the nation’s broken pretrial incarceration and bail system. The report, titled Bailing on Baltimore, Voices from the Front Line of the Justice System, focuses on Baltimore, Md., as an example. The selection of the Baltimore City Jail, one of the 20 largest in the country, was deliberate. It is one of the few jails that keeps data on those incarcerated and their bail amounts.

Like most counties, Baltimore’s bail system relies almost entirely on “money bail,” meaning the accused need to pay to gain their freedom before adjudication. Remember, these people are only accused of a crime, the state has yet to prove its case and they are, as a legal matter, innocent. Nonetheless, their continued liberty is dependent on their bank balance. Although bail commissioners in Baltimore have the power to release defendants on their own recognizance, this option is rarely chosen. In fact, there is almost never an assessment of the effect of pre-trial incarceration on the defendant, their ties to the community, and the likelihood they may commit another crime if released. It is a simple monetary decision. Either pay the price that is set (based on the accusation and a previous record, if any), or go to jail. Equally disheartening is that a majority – 61 percent – of all defendants are not even offered the money option in the first place. They are incarcerated straight away. In addition to considerations of fairness and justice, this is also a rotten deal for taxpayers and government budgets. An incarcerated person is prevented from contributing productively to the economy or society, and the government must pay for their incarceration and day-to-day needs. Such a system has little economic grounding.

Read more »
Posted by Justice Policy Institute at 11:05 AM 1 comments