From Intern Jitters to Justice Reform


It’s my dream to become a law enforcement officer after graduating from college. There is so
much injustice in the world and I really want to be part of the solution in reducing and solving
crime. I’ve worked hard in school so that I can have a career in law enforcement. I’ll be
graduating from Walt Whitman High School in Bethesda, Md.  in June 2015, so I wanted to
use this summer to intern in the criminal justice field. With the help of my mentor and superstar
attorney, Tara Castillo, I was referred to the Justice Policy Institute. 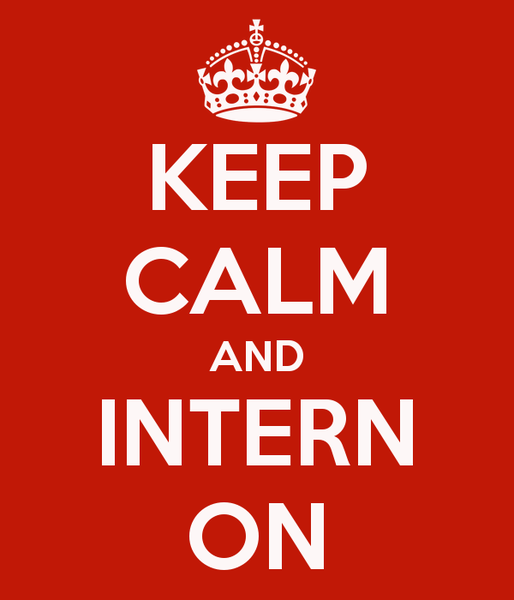 To be honest, when I did some research on interning at JPI, I was unsure of whether it would be right for a future in law enforcement. But I’ve been pleasantly surprised by all that I have learned and the great exposure to various experiences related to criminal justice. In addition to attending a meeting at C-Span, hearings on Capitol Hill on voting rights and meeting professionals in the criminal justice field, I’ve participated in staff meetings, and helped with research and other important JPI projects.

JPI took a real gamble on me. Most of the interns at JPI are college and graduate students. As the first high school intern at JPI, I was worried about rising to the challenge. But
from the first day, Zerline Hughes, JPI’s Director of Communications, and her team, had complete confidence in me. That confidence helped me overcome my “what if” jitters. You know, the “What if I’m not smart enough?” thoughts, or the “What if I mess up?” qualms, or questions like “What if I don’t ‘represent’ for the next high schooler?”
Read more »
Posted by Justice Policy Institute at 11:02 AM 0 comments

The War Zone at Home

States are changing sentencing laws, reducing the number of people in prison, and decriminalizing marijuana. All of this while crime has fallen to the lowest levels it has been in decades. And, yet, at the risk of undermining the reforms and the cost-savings of reducing the number of people in prison, we continue to invest in police. And not just any police, armored and battle-ready police. As a nation, our overall spending on police protection has grown 445 percent since 1982, with the federal government experiencing the most growth in spending.

The militarization of police in Ferguson, Missouri has been on full display since 18-year-old Michael Brown was shot and killed on August 9, but it isn’t the only police department that looks an awful lot like an infantry. In 2005, 80 percent of towns between 25,000 and 50,000 people had a “Special Weapons And Tactics,” or “SWAT” team. Since one of the early SWAT teams was formed in Los Angeles in response to the Watts riots in 1966, federal funding streams, like the Edward Byrne Justice Assistance Grants, and programs, like the National Defense Authorization Act, have funneled money and weapons to local police departments. The intention was to bring some real firepower to the war on drugs – a battle that is now widely understood to be ineffective and costly.

Since JPI released its report, Rethinking the Blues, in 2012, the ACLU conducted a more in-depth analysis on militarized policing with public records requests to 260 law enforcement agencies in 25 states. They found that 79 percent of SWAT deployments were to execute search warrants, not to address emergency situations. Police forces are using a sledgehammer to drive a nail and it is not without consequences. In his blog for the Washington Post, Radley Balko documents the frequent and devastating effects that mistaken raids and the excessive use of force have on families, from mistaken arrests and property damage, to the death or injury of children, family members, and pets.

People of color are also disproportionately affected by the continued investment in police, especially related to drug offenses. Even though Blacks and whites report using drugs at similar rates, Blacks are arrested at three times the rate of whites. In addition, the ACLU reports that 42 percent of people impacted by SWAT deployment to execute a warrant were Black and 12 percent were Latino.

There’s also no evidence that this approach is doing anything to public safety, and, in fact, may be making communities less safe. A safe neighborhood is the result of trust between neighbors, and this includes police. As in Ferguson, when police show up to a daytime demonstration with Kevlar vests, riot gear, vehicles designed to withstand a blast from a mine, and then launch tear gas into groups of demonstrators and journalist, it’s not likely that the police will be viewed as partners in community safety. Perhaps, treating a community like a war zone, makes the community act like a war zone.

Members of the U.S. Congress and U.S. Attorney General Eric Holder are deeply concerned about the use of military tactics by police forces around the country. The result will hopefully be relatively swift policy changes that will limit or end local police access to military style weapons. At the same time, however, with crime at the lowest levels it’s been in decades, we should consider whether what we need is not just less investment in a militarized police force, but, rather more resources toward building communities over policing communities.

This opinion editorial was originally posted on JJIE.org on August 5, 2014.
By Natrina Gandana and Tony Mastria


As two of the Justice Policy Institute’s newest recruits, we are excited to join our fellow youth advocates from the Coalition for Juvenile Justice (CJJ), the Office of Juvenile Justice & Delinquency Prevention (OJJDP), and our partner organizations in the juvenile justice community for the 2014 Juvenile Justice Youth Summit. This two-day summit taking place August 7 and 8 seeks to fuel a new generation of reformers, allowing participants to hear from leading juvenile justice organizations. Attendees participate in a series of workshops and info sessions designed to enhance their knowledge on juvenile justice and ignite their passion for advocacy.
The summit’s hosts and participants alike understand how important it is to engage young activists in the dialogue around juvenile justice reform. Not only does this give them an early foothold in the movement; it also allows them to become invested in a crucial public issue that is so patently pertinent to their own generation. This rare opportunity to interact with peers and experts in the field is sure to provide a memorable experience and have a lasting effect on this group of future leaders.
We are excited to hear from organizations with which JPI has partnered, such as Campaign for Fair Sentencing of Youth, Campaign for Youth Justice (CFYJ), Youth Law Centerand more. JPI works very closely with these organizations in the National Juvenile Justice Delinquency Prevention Coalition, where we jointly seek to advance safe and smart youth justice policies that connect youth to school, work and opportunity, and advance public safety. Juvenile justice issues significantly affect whether we have a system that is fair, rational and effective, and that helps young people transition to adulthood.
For example, among the topics being discussed in the conference is the school-to-prison pipeline, a series of events that occur when a student is referred by police to the juvenile justice system, starting them on a path of serious, lifelong negative consequences. JPI played a key role in showing that there are better ways to ensure public safety than having police in schools, with our report, Education Under Arrest.
By meeting with colleagues and learning firsthand from these organizations, attendees will begin to grasp the depth of these issues and the best methods for addressing them. This includes networking with our fellow members in the juvenile justice community, both young advocates and seasoned professionals. We are confident that this exposure to such diverse experiences and perspectives will be exceptionally informative and serve to illuminate our own future efforts in the field.
As members of JPI’s communications team, we are especially keen on observing the panel “Take Action: Using Your Voice for Change” (presented by CFYJ and the Just Kids Partnership), which will discuss how youth advocates can use their communicative abilities to campaign and organize on behalf of juvenile justice reform efforts. We’re also looking forward to the panel “Empowering Young Adults: Strengthening Youth Involvement in Juvenile Justice at the State Level” (presented by the Illinois Collaboration on Youth and the Illinois Juvenile Justice Commission), which will teach young reformers how to maximize their impact on state-level justice reform efforts.  Both of these issues — strategic communications and state and local advocacy — are areas in which JPI has long been involved, and we are hopeful that honing our skills in these subjects will give us the tools to contribute even more to our organization and to the broader movement.
While we have a lifetime of hard work ahead of us, we understand that the problems associated with juvenile justice cannot wait to solve themselves. This sense of urgency is what drives young reformers to action and demonstrates why it’s so crucial to engage youth in policy forums like this.
By taking part in this stirring congregation, we hope to collaborate with our fellow advocates to develop smart, proactive solutions to the myriad problems facing the juvenile justice system, as well as cultivate our own skills and knowledge to confront this crucial public issue. We are certain it will be an insightful and engaging summit that challenges youth to think critically about the issues in juvenile justice and encourage participants like us to become life-long agents for change.
Natrina Gandana is the Communications Intern at the Justice Policy Institute and Tony Mastria is JPI's Digital Media Associate.
Posted by Justice Policy Institute at 4:21 PM 0 comments