To Be Free at Last with Michelle Alexander 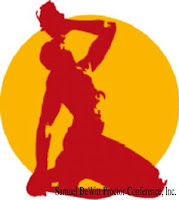 Earlier this year, I had the honor of attending the annual convening of the Samuel DeWitt Proctor Conference an event that brings together instrumental faith leaders from around the country in an effort to come to one accord on how to bring together congregations and communities to address the various causes that need their advocacy and attention.

The Justice Policy Institute’s involvement with the Proctor Conference stemmed from an invitation from New York Times bestselling author, Michelle Alexander. She is working with the SDPC on its To Be Free at Last movement, a national campaign to end mass incarceration. Alexander’s bestseller, “The New Jim Crow: Incarceration in the Age of Colorblindness” has rallied varied communities, -- scholars, practitioners, faith based and grassroots organizations and the families of those incarcerated – to seriously tackle the ills of our criminal justice system.

SDPC worked with Alexander to produce a “New Jim Crow” study guide for individuals to use to map a strategy to both understand her perspective that today’s U.S. criminal justice policies are a calculated effort to revert back to slavery, in addition to crafting an all-hands-on-deck approach to challenging the policies that are harshly and disproportionately affecting the African-American community at large.

So what better way to challenge these policies with the advocacy force of hundreds of Black churches, and diverse congregations dedicated to rehabilitation, forgiveness and missions.

In addition to wo/man power, though, this effort needs data analysis to back up the emotion and tenacity, and a strong communication outreach plan, which includes social media. That’s where JPI comes in. During the annual convening which took place at SDPC’s flagship city of Chicago – my favorite city, by the way – I led two workshops entitled “In Whose Image? Reckoning with the Power of Social Media,” explaining how JPI uses social media to help spread our message of reducing the use of incarceration and the justice system and promoting policies that improve the well-being of all people and communities.

I had the pleasure to introduce and work with panelists Omalara Williams McCallister, of Question Bridge in New York City and Jamye Wooten of Kinetics Live in Baltimore, MD, who both use social media to build and engage audiences to become advocates.

Working with the two of panelists, we further understood that social media has not yet caught on in some communities and circles, but it’s understood that not using it can be a detriment to any organization’s efforts to effectively reach the masses. Of course, in circles like churches where many members are not plugged in online, that’s where the real, old-school advocacy outreach training comes into play – and that works, too!

We are very excited to be working with SDPC and Michelle Alexander and we, too, hope our efforts can result in their goal: To be free at last!