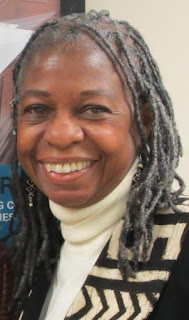 Several months ago I was blessed to meet a young man, Marcus, whose story is not unlike so many young African American young men who find themselves on the other side of a prison cell.

Marcus lived a challenging life, made some bad choices and was convicted of a non-violent drug possession charge. What makes his story different is that he found a new way forward. Just before his release on parole, Marcus was connected to a mentorship program that encouraged artists who were incarcerated. This mentorship program was created by one faithful person who takes seriously the charge to “Remember those who are in prison, as though you were there in prison with them…” (Hebrews 13:3).

Through this program Marcus has been helped to navigate the all too often story of a vicious cycle that leads back to prison, and he is now a college student and published author. His book is the story of a man-child passing on lessons to others about a criminal justice system—a system that supports recidivism more than rehabilitation; a system that is more likely to invest in your incarceration than your education.

Marcus was able to get permission to travel to the annual meeting of the Samuel DeWitt Proctor Conference to share his story and his book. He was the beneficiary of a second chance, and is on a journey to create opportunities for others who are trapped in a system where their failure is someone else’s gain.

Every week I get a letter from some young person in prison in search for some information, a helping hand or just a word of hope toward a new way forward. Unfortunately, as prisons are increasingly being transformed as warehouses for those most disadvantaged in this nation, there are fewer and fewer second chances being given. Prisons are the symbol of America’s failure to address the race, color and class divide. And now, the criminal justice system and prison system are transforming America to a modern day caste system in which fear and profit—not equability and rehabilitation—have become the driving forces.

Recently, state governors received a letter announcing the Corrections Corporation of America’s (CCA) “Investment Initiative”— an offer to spend up to $250 million to buy prisons from state, local and federal government entities. The letter was signed by Harley Lappin, Chief Corrections Officer, CCA. This offer was made on condition that the prisons maintain 90 percent occupancy over a 20-year period.

This offer was also made as an “assistance” strategy to reduce state budgets. It should be noted that CCA is traded on the New York Stock Exchange as CXW. It is just one of the companies engaged in the private prison industry in this nation.

It is very clear that CCA’s offer is designed to keep prisons full for-profit. This incentive can only result in efforts of increased national and statewide incarceration and arrest rates to meet the quota. The initiative is dangerously close to taking the nation’s criminal justice system to one that facilitates, incents and supports human trafficking and unfair and disproportionate arrests. It will only increase the degree of family and community destabilization throughout this nation.

More than 35 national faith organizations urged our governors to decline this dangerous and costly invitation.

To ensure that our states do not move toward increased privatization of correctional services, as people of faith, theSamuel DeWitt Proctor Conference and the United Methodist General Board of Church and Society have organized a National Call-In Day to alert your state governors to the issue.

For more information on the National Call-In Day, go HERE.**

Dr. Iva E. Carruthers is a social justice and policy advocate and activist. She is the general secretary of the Samuel DeWitt Proctor Conference.
This post is reprinted with permission from Sojourners. The post appeared on the God's Politics blog on April 17, 2012.

The call-in day may have passed, but the Samuel DeWitt Proctor Conference and United Methodist Church are continuing their action items through June. Take a look before for their next steps: