JPI started 2012 its our feet with our continuing coverage on justice-involved veterans, commenting on the President’s FY2013 budget, offering testimony in Maryland on expungement and record shielding and publishing a report on the intersection of education and public safety in Washington, DC. 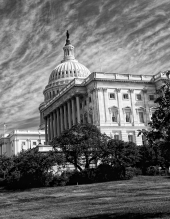 Late February and March are no different with upcoming testimony on Capitol Hill. This is precisely what we publish our groundbreaking research analysis for: to alert policymakers and their staff on the ills of the criminal justice system. We want our research to touch advocates and practitioners, and we want Congress and legislators across the country to fully understand that the U.S. criminal justice system doesn’t work, costs too much, and simply isn’t fair. We want lawmakers to understand that there are alternative processes that we can employ, moving away from the overly harsh and punitive laws that exist. There is more we can do than to just affix a Band-aid on the problem of overcrowded prisons, private prisons, racial disparities and broken families. We need to invest in proven policies that address the root causes of crime and provide robust services and supports for those who do come into contact with the justice system.

To that end, we will participate in two Congressional hearings over the next five days. Please join us if you’re in the Washington, DC area Thursday, February 23, 2012 from 3 to 5 pm as we partner with the ACLU for its congressional briefing entitled “Banking on Bondage: Private Prisons and Mass Incarceration” in the Rayburn Office Building Room 2226.

Then, on Monday, February 27 from 3 to 5pm in 2237 Rayburn House Office Building, Tracy will be on the panel of experts for a Congressional briefing on reducing crime and its costs – human and financial. Additional panelists include: Dr. Catherine Gallagher, George Mason University; Pat Nolan, Director of Prison Fellowship Ministries; and Marc Levin, Director of the Center for Effective Justice, Texas Public Policy Foundation.

Both briefings may be covered by C-Span. Spread the word and continue the advocacy and we’ll continue with our research.

Zerline Hughes is the communications manager for JPI.
Posted by Justice Policy Institute at 3:56 PM