More Together: The Currency in Social Change Networks

I was delighted to hear that Marc Schindler has been named the new Executive Director
at the Justice Policy Institute. He is one of the peeps in my network – someone that I believe, in whatever position he is in, will bring creativity, leadership, and an unswerving commitment to doing what is best for vulnerable youth. Marc’s career has included stops at the Youth Law Center, working with Vinnie Schiraldi at District of Columbia Dept of Youth Rehabilitation Services and Venture Philanthropy Partners.  With expertise in government, philanthropy, and advocacy, Marc is positioned incredibly well as the head of JPI. 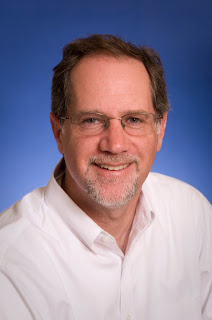 In reflecting on his career, I started to reflect on the power of networks. Certainly, the Youth Transition Funders Group is designed around social network theory with hubs that allow both specialization into education, foster care, and juvenile justice, as well as into strengthening weaker links around cross-cutting issues such as employment, mental health, and school-to-prison pipeline.   A formally structured network is important, but there is more to it than that, isn’t there? I’m thinking about this for the first time, so bear with me. I think there are two things that make a network powerful for social change:

1) The WIIF (what’s in it for me) or the reason people are in networks
2) The currency or the expectations for what one puts in and gets out of the network
In the YTFG, the WIIF are highly related-- be a stronger program officer, and bring about
more and deeper change that will improve young people’s lives.  It’s in the currency that I see the real power, though. The currency is about forming relationships that allow meaningful conversations about what we can do together that we can’t do alone.  It’s a commitment to each other’s leadership development and career development.  I want to see my peeps become more successful, taking on positions of more influence, because I know they will find a way to put vulnerable youth into the public agenda rather than allow them to continue to be marginalized.

When people ask me about how we were able to move the concept of multiple pathways to graduation from a set of five cities to introducing the concept of over-age and undercredited students into federal education policy within a few years without a major campaign, I point to three things:
Of course an informal network looks different from where you are in that network and can look different in hindsight.  When I look back, certainly one of the hubs was the Youth Transition Funders Group. Other hubs were generated through grants and initiatives. Jobs for the Future took on a powerful role in convening and building the peer networks across cities.  Grants to the cities supported hubs within each city. And then there were a number of organizations/individuals that were cross-cutting with the courage to stretch out of their expertise base, to push the limits of our understanding and practice.  Examples of catalytic organizations include the Advancement Project and Youth Law Center, both who addressed the interplay between education and juvenile justice, creating another engine for demanding that young people, even those that had dropped out, had access to education. These organizations often operated as mini-hubs between the larger hubs.

Many of the people in these networks have remained in their positions building expertise and deeper relationships, Others have made one or multiple transitions into jobs that had a lot of influence and sometimes real power.  The networks keep stretching with wider breadth while staying rooted in a shared vision.

So this quick little reflection on social justice networks has made me realize that nurturing networks, generous recognition of each other’s contributions and leadership (call it mutual fan clubs), and supporting like-minded individuals in gaining positions with more power and influence are all part of our work.

Next stop: LinkedIn. I’m going to go take a bit of time on LinkedIn today and renew my relationships with some folks that I want to see be successful because I know that what’s in it for them are more opportunities for youth.  Next time I see a search for leadership in an organization, it will make it all the easier for me to scan my network to see who might be just the perfect person.