“Snitch,” a film released late last month, tells the story of a John Matthews, a father who goes undercover for the DEA in order to free his son who was imprisoned after a drug deal setup. Matthews, played by superstar Dwayne Johnson, was willing to go over and beyond to prevent his teenage son, Jason Collins, played by Rafi Gavron, from serving 10 years in prison under mandatory-sentencing laws for having made one unintelligent mistake. He ill-advisedly accepted delivery of a box full of ecstasy as a favor for a friend. The film displayed him as a good kid who lived in a suburban area. His parents were both hard workers; his father owned a shipping company. 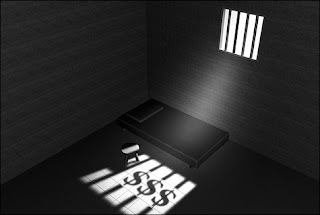 This movie – based on a true story – addresses two issues within the criminal justice system. The first issue is mandatory minimum sentencing. Mandatory sentences are predetermined sentences for certain categories of offenses, mainly drug-related and gun-related crimes. Under this sentencing policy, people must serve a minimum number of years in prison. These laws are enacted by state legislators that require judges to give fixed prison terms to those convicted of specific crimes. These laws prevent judges from considering other relevant factors, such as the defendant’s role in the offense or likelihood of committing a future offense.

A first-time drug offender will get a 10-year mandatory minimum without chance of parole in the federal system which is what Jason in the movie faced. Mandatory minimum sentencing forces plea bargains out of the accused. The threat of a mandatory prison term means that some people arrested for relatively low-level drug offenses feel compelled to plead down and serve a prison sentence, even though the root cause of the offense may be low-level drug sales to sustain a habit, while treatment may be a more appropriate course. Another criticism of mandatory minimum sentencing is that it is too harsh. The crime committed is not worth the amount of years taken from the offender and further causes prison overcrowding, yet another issue.
Mandatory sentencing is a potential for injustice towards the defendants, as it was for Jason. It also places a burden of increased cost on taxpayers and the government. The disparity between the race of people admitted to prison under mandatory minimum sentences and representation in the general population is African Americans. According to Justice Policy Institute’s press release, Annapolis, Maryland’s mandatory minimum drug sentences fall hardest on communities of color, with nearly nine out of ten people sent to prison for a mandatory minimum drug sentence in Maryland being African American. The brief also proves that long prison sentences are one of the most expensive and least effective ways to promote public safety goals.

The second issue addressed in the movie is the aspect of the law that allows for reduced time for an inmate in exchange for information on drug dealers also known as snitching, hence the title of the movie. In order to reduce his time in prison, Jason had to release a name of a drug dealer, but he honestly did not know any. When inmates share information with the government about crimes going on outside of prison, also known as snitching, their sentence is reduced.

A documentary that aired in January, 1999 on PBS’ “Frontline” entitled "Snitch," highlighted individuals serving long sentences after refusing to become an informant. Tony, one of the people profiled in the documentary, said “You have a prison population, guys that are doing life sentences who will do anything to get out of prison. In my case, there were actually people who were reading the newspaper. When the newspapers came out, there were people who, I found out later, called the government, and they said ‘Hey, I can testify against this person.’ So how do you –  how do you fight against something like that, when it's just somebody's word against yours?”


Another impacted person in the documentary, Ronald Rankins, shed light on the issue: “Everybody’s human … Regardless to how tough you try to be on the street and how tough you try to be in prison, when it comes down to it, them letters, L-I-F-E, it'll put a whole new perspective in the ball game. You ain't just talking about ‘One of these days I'm going to be out of here.’” 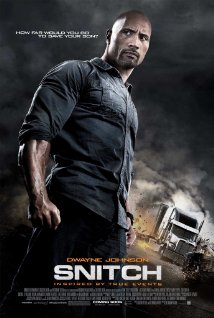 The film is loosely based on Joey and James Settembrino. Joey was a first-time offender and claims to have been set up by a government informant. Unfortunately Joey’s outcome was not the same as Jason’s in the film.

Joey said in an interview: “No I didn't, I plead out. They government offered me a deal in which I plead guilty and they sentenced me to 10 years. So I took the plea bargain and I'm now doing 10 years. …the DEA agent wanted me to go back to the house where I got the acid from and get something else. They wanted me to wear a wire and they wanted me to go back there ... to buy some other type of drug, no matter what it was, whatever he had in the house, so they could set him up. Just a chain reaction, one gets to one, one gets the other and they just keep going. I told him that I couldn't do that, that I didn't get the drugs from that house … I told him that I couldn't do anything for him. But he kept trying, he kept threatening, talking about a lot of time. ’You're going to do 25 years. You're going to be in prison your whole life.’ ... He really tried to scare me. But I told him I couldn't do anything for him.”

His father, James tried to help him like Mathews did in the film but unfortunately he failed. Maybe your advocacy and attention can.