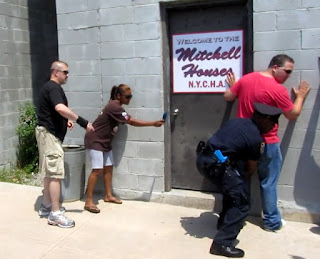 
There are other, existing, evidence-based solutions that can stem gun violence without criminalizing the innocent and contributing further to the mass incarceration of Latino and Black communities. These programs address the underlying issues causing young people to make poor life choices and become involved in illicit activity in a way that stop-and-frisk policies don’t and can’t. In 2007, Connecticut ended the punishment of 16 and 17-years-olds as adults, turning a once punitive and often abusive juvenile system into a more humane and cost-effective apparatus according to a recently released study. Among Connecticut’s juvenile system achievements include the use of pre-trial detention centers and correctional training schools; community-based supervision and treatment programs for at-risk youth; and family-focused adolescent treatment, to name a few. The outcome of these judicial changes led to a reduction of juvenile’s population in Connecticut’s adult prisons from 403 in 2007 to 151 in mid-2012, as well as to an increase in adolescent treatment programs from $300,000 in 2000 to $39 million in 2009.


Furthermore, four states are following in Connecticut’s footsteps, according to a new report by the Justice Policy Institute. In addition to Connecticut, states such as Arizona, Minnesota, Louisiana, and Tennessee have reduced youth confinement by more than 50 percent between 2001 and 2010. The same report advises that other states should consider Connecticut’s model, in addition to other policymaking recommendations: (1) Recognize opportunities to push change; (2) settle litigation; (3) create and revamp current juvenile justice commissions; and (4) use experts for technical assistance.

Of course, these initiatives only refer to youth who are already in the system; however, promoting the treatment of at-risk youth by way of community-based programs, as well as therapeutic interventions rather than harsh punishment will curb incarceration. Moreover, the national discourse over gun control should also propel the conversation on stop-and-frisk policies and racial profiling.


For Neely, desperate times call for desperate measures. But justice implementation should not be done hastily and without considering the policy’s effect in the long and short terms, especially when other alternatives exist to reduce violence and mass incarceration at no additional cost to taxpayers and without compromising the dignity of innocent youth.


To sum it up, two wrongs just don’t make a right.


Robert Valencia is a Research Fellow at the Council on Hemispheric Affairs.
Posted by Justice Policy Institute at 2:03 PM