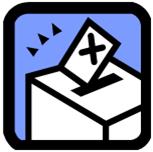 Of course, the year was full of JPI’s patent, rapid response factsheets including analysis of the President’s proposed FY2012 budget, the 2010 FBI Uniform Crime Report, Congress’s troubling increases to prisons and cuts to juvenile justice in their 2012 budget, and analysis of the first drop in incarceration in the U.S. since 1972.

The hallmark of this year was a steady stream of successful reports. Here’s a quick description of each:

January
When More is Less
A follow-up to JPI’s report Baltimore Behind Bars focusing on Baltimore’s proposed plan to construct a new women’s jail. The report analyzed data from Maryland and Baltimore and was crucial for helping advocates convince policymakers and the Baltimore media that a new jail would be bad for public safety and an ineffective use of taxpayer dollars.

February
Moving Toward a Public Safety Paradigm
JPI held a roundtable with experts from across the country to discuss the intersection of criminal justice reform and victim’s rights advocacy. The conversation, and the brief that followed, explore opportunities for dialogue, addressing who is a victim, the history and current status of the victims’ movement, and issues around services for victims.

Blocking the Exit
This startling documentary, created in partnership with the Maryland Restorative Justice Initiative, brings light to “parole-eligible life sentences” in Maryland. Maryland is one of only three states where the Governor must approve this type of parole, and none of the last three governors has approved the release of any people recommended by the Parole Commission. The documentary features victims, current and former legislatures, formerly incarcerated people, former corrections officials, and family of those currently affected by this broken system.

March
Addicted to Courts
We delved into the controversial debate over drug courts and found that drug courts can needlessly widen the net of criminal justice involvement, and cannot replace the need for improved treatment services in the community. Drug courts may be helpful for some people, but relying on justice-system solutions to what are inherently public health issues ineffectively spends resources and negatively affects the lives of people and communities.

April
Finding Direction
Our international report considers the crisis of incarceration and an ever-expanding justice system in the United States. We compare and contrast the criminal justice policies and social, economic, and governmental structures of five countries – Australia, Canada, England and Wales, Finland and Germany – to the United States.

May
Due South
Recognizing the significant costs associated with the history of high incarceration rates in southern states, many have implemented innovative strategies for reducing their prison and jail populations and ensuring better outcomes for people who come into contact with the criminal justice system. This report details a number of those reforms.

June
Gaming the System
This highly publicized report notes the “triangle of influence,” built on campaign contributions, lobbying and relationships with current and former elected and appointed officials, employed by private prison companies to generate profits by increasing incarceration.

July
System Overload
This study of public defense systems across the country found that these offices are overburdened, and considered how these “busting-at-the-seams” systems affect state and county budgets, the lives of those behind bars, the impact on their families, and the challenges of re-entering communities after serving time.

October
When Treatment is Punishment
At a time when Maryland is investigating its need for psychiatric beds, this collaboration with Maryland Disability Law Center, delves into how an increase in the number of people on incompetency status in mental hospitals in Maryland—and increasing lengths of stay for this group—has led to greater costs, both in terms of people’s lives and taxpayer dollars.

November
Education Under Arrest
Our final report of 2011 builds an argument that having school resource officers (SROs) and other police in schools causes more harm than good. When schools have law enforcement on site, more kids are funneled into the juvenile justice system, which is both expensive and associated with a host of negative impacts on youth.

Whew! 2011 was quite the busy year. Vote in the poll on the sidebar before February 1st to let us know which of these reports was your favorite. After the scores are tallied, we’ll feature this report on our homepage and post a follow-up blog entry or two on the report. Here’s to an exciting 2012!

Jason Fenster is the communications associate for JPI.
Posted by Justice Policy Institute at 4:22 PM