Finding a Cure for the War on Drugs 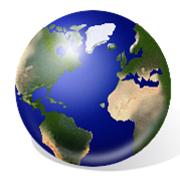 Last week I had the opportunity to go to the Cato Institute in Washington, D.C. for a presentation on the Mexican Drug War and the lessons that can be learned from it. Former Mexican President Vicente Fox was the main speaker for the Policy Forum entitled, “Mexico and the War on Drugs”. It surprised me that President Fox was an avid supporter of repealing global prohibition for not only the use of illicit substances but also their production as well as their distribution. President Fox’s reasoning was that the illicit drug market created by the ban allows the criminal element to thrive due to the heightened demand of the prohibited substance.

In this case, the Mexican cartels are funneling drugs into the United States’ large consumer market, turning out substantial profits, which are used to build criminal influence in Mexico through intimidation and bribery of the local community. However, he argued, if every part of the drug trade was legalized, from the use of the substance, to its production and distribution, the illegal drug market would be eradicated, due to the creation of a legitimate market. In this market, drugs would be regulated by governmental agencies as well as become taxable goods. Issues such as the trafficking of firearms from the United States to Mexican Cartels which further complicate the continuing mission of U.S. and Mexican law enforcement would be greatly reduced due to the removal of illicit drug trade.

He suggested that the present policies of both Mexico and the United States are failing to effectively reduce drug demand and violence associated with the legal drug market. If there is a solution, the first of many steps has to be the United States recognizing its vast illicit drug consuming market, by not viewing the use of such substances as a criminal matter but rather, that of a public health issue. In addition, the United States must aim to curb the trafficking of weapons across its boarders to Mexico. Another part of the solution may be to create a legal drug market to eliminate the illicit drug trade; however this effort would have to be conducted on a global scale. While this may be considered a radical idea, President Fox pointed out that, according to a recent Gallup poll, 50 percent of Americans support making marijuana legal in United States. His point being, that the traditional preconceptions behind drug policies that have prohibited certain substances are changing.

The overall narrative that I drew from the event and what I learned about the continuing Mexican Drug War was that a global prohibition is an ineffective means of reducing drug-related violence and corruption. President Fox strenuously advocated that alternative strategies must be formed and enacted by Mexico and the United States to address the current costs both monetarily and in lives lost due to the war on drugs. This may eventually lead to the complete rethinking of the future of criminalizing drug use, as well as its production, and distribution. President Fox warned, and I agree with his sentiment, that history has shown that unilateral action taken by nations such as the United States or Mexico in the form of declaratory wars against drugs will not resolve the issues of drug-related violence or corruption. Only through a global consensus in shifting drug policy from a criminal approach to a health centered one, can we effectively resolve present day conflicts associated the production, distribution, and use of drugs labeled illicit.

I was thoroughly impressed with the Cato Institute’s forum on Mexico’s continuing drug war and in President Fox’s insight into the current conflict. I would recommend if you have the chance, to go to Cato’s follow-up conference on the future and possible end of drug prohibition November 15th, entitled, “Ending the Global War.” The focus of the discussion will be on the failure of the war on drugs and the steps that need to be taken to shift the global perspective on drug prohibition.

Chris Scott is a Fall Intern at JPI and  is a Senior at American University.
Posted by Justice Policy Institute at 1:24 PM