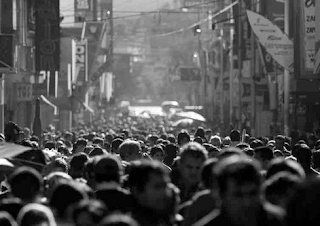 When we think about the criminal justice problems in the U.S., we often think about prison overcrowding and the exorbitant amounts of money spent on our prison system. It is true: these are indeed very real problems -today, the United States has approximately 2.4 million people behind bars. Something people often forget to consider is the fact that the vast majority of those individuals will eventually be released back into society. In fact, more than 600,000 people are released every year to rejoin their communities. Efforts have been made to improve the reentry process, but how successful have these efforts been considering roughly two-thirds of released individuals will be rearrested within three years of their release? Reentry is and will continue to be an important focus of our criminal justice reform, and special attention must be paid to the issues related to the reentry process.

The implications of reentry are endless; men and women face the battle of finding housing and employment with a permanent record, dealing with past drug and/or alcohol abuse issues, and many struggle just to find their footing back at home. Unfortunately, these problems are exacerbated by institutional barriers that have been established across the country. Many states legally allow employers to deny employment to any applicant with a criminal record or even any applicant who has been arrested, regardless of whether or not he or she was actually convicted. Federally run programs for public assistance including food stamps and housing are also legally permitted to deny individuals with any history of arrest or incarceration eligibility for participation in such programs. Thus, even after men and women have served time for past wrongdoings, society – and the law – continue to suppress them, and make reintegrating back into their communities much more difficult than it already is.

One of the most basic rights granted to Americans – the right to vote – is barred from men and women who have served jail or prison time in forty-eight states. This adds up to millions of disenfranchised individuals who deserve to have their voices heard and represented in government. Despite the fact that these individuals are back in society paying taxes, working to support themselves and families, and contributing what they can to their communities, they are denied fair representation. This restriction is particularly a problem amongst communities of color – approximately 13% of African American men in the United States are denied the right to vote due to criminal disenfranchisement laws.

What is clear is that changes need to be made. What is clear is that the reentry process is less of a process and more a series of roadblocks, prohibiting individuals who have served their time from reintegrating and contributing back to society. What is clear is that by  looking for creative solutions to reduce the barriers individuals face upon facing reentry, men and women will have the services and supports they need to effectively rejoin their communities and lower chances of being recycled back into the system.
Posted by Justice Policy Institute at 11:25 AM