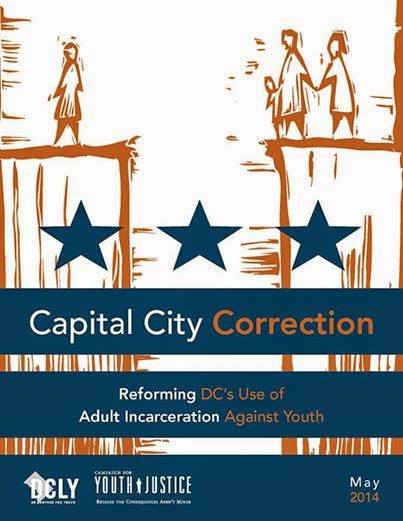 The report showed that 541 young people under the age of 18 were detained or incarcerated in adult facilities in D.C. between 2007 and 2012 and that youth spent 10,000 days – the equivalent of 27 years – in adult jail. The young people who end up on this path experience inadequate facilities, higher risk of being victimized while locked up, increased chances of solitary confinement, and often carry the long-term consequences of adult felony convictions when they leave the system. We also know from decades of research, including by the Centers for Disease Control and Prevention that transfer to adult court actually increases recidivism, with youth prosecuted as adults more likely to commit crimes upon release than similar youth handled in the juvenile system.


As a juvenile agency director who navigated the need to serve young people of all ages and offense backgrounds (one third of the youth I served were more than 18 years old, and a significant number had serious offense histories, including behaviors that could have seen them Direct Filed), I had the opportunity to review the data in D.C. and around the country. Systems are looking at youth who are being tried as adults, and the youth who are lucky enough to stay in the juvenile system, and seeing similarities between the two.

But under D.C.’s Direct File statute and other transfer laws, young people who could be served by a juvenile department are being exposed to an adult jail, and face all the negative outcomes that come with being in jail — higher risk of harm, isolation and lack of appropriate services.

The D.C. Council and policymakers would be well served by considering and implementing the recommendations by DC Lawyers for Youth and the Campaign for Youth Justice, including:
Washingtonians need look no further than the “DMV” (D.C., Maryland, Virginia) to see what they might emulate here. The Virginia Legislature passed a measure that will help keep Virginia youth out of adult jails. This year, Maryland passed legislation that restores some judicial discretion to transfer youth from adult court to juvenile court (the first step taken on reforming Maryland’s juvenile transfer laws in a decade).

If Washington, D.C. made these changes, we would improve the chances that the city could deter future crime, promoting the rehabilitation of young offenders and improving public safety.